Why Me? Changing My Terrain. 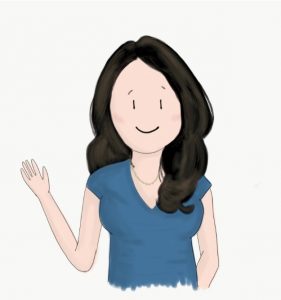 Now that I have circumnavigated the first two months of treatment, with a focus on doing what had to be done, I notice the question of ‘Why Me?’ popping into my head more often. I think about causes, choices, control, and change.  What caused my Myeloma?  Why Myeloma and not another cancer? Did my past choices cause my Cancer?  What can I control now?  How do I keep control?  What should I change about myself? What should I change about my lifestyle?  If I make changes, will my prognosis be the same?  Will changes really make a difference?  Or will I just think changes make a difference?  Will I create false hope?  If I make a bunch of changes and my cancer gets worse, or remission is short or only the same as every other person with Myeloma, will I feel cheated, get depressed, wish I’d just carried on as normal and not changed anything?  Are thinking about causes, control, changes and choices like a mouse going down a tunnel with no cheese?  Which are illusions, which are realities?

Ultimately, the question I was asking myself was: “Should I change my terrain?”

The main areas of terrain I was considering were:

Why the focus on these areas of terrain?

I was considering these areas as they made sense to me as possible areas for change.  The science, while not based on randomised control trials, is compelling and pointed out in an easy-to-read book called Anti-Cancer, a new way of life by Dr David Servan-Schreiber (who also had cancer).

After all, it is unlikely that there will ever be large swathes of money on offer for randomised control trials (RCTs) about Nutrition for Cancer when Big Pharmaceutical companies are competing for the same pot of money for their new drug… or when the findings from Nutrition trials may potentially show there is no longer a need for an existing drug that makes someone a whole lot of profit right now.

Don’t get me wrong, I am very grateful for Big Pharma, their RCTs and their drugs; they are helping me to kick Myeloma into remission.  I am however, a strong advocate for a holistic approach; an informed meld between medical and non-medical models, especially as the West learns to give more open consideration to healing and health strategies that have been used by non-Western cultures for centuries.

Particularly too, as while Cancer effects people of all ages and socio-economic status, it appears to predominantly be…drum roll… a first world country problem. Why is it that the rates of Cancer are very high in some countries (France, Denmark, USA, New Zealand and UK) in comparison to other countries (Japan, India, Oman).  Why is it that more developed countries fair worse than less developed? 268 cases of cancer were diagnosed per 100,000 in more developed regions, compared to 148 in less developed regions in 2012, with an exception being the non-melanoma skin cancer rates which were higher for less developed countries.  Why do other countries have crazily high rates of people with major illnesses other than cancer, such as heart disease (Turkey, Russia)?

Although diagnosis and recording systems availability and accuracy may influence data, could it be that certain types of stress, food, individualistic societies or combinations of these are also having an impact on cancer rates?

I indulged my ‘Why Me?’ for a short time and asked: “Was it because I had chronic stress for years?” Was it because, before changing career, I had worked in contracts for telcos and banks, with constant tight deadlines, crazy commutes (5 hours a day at one stage) and a feeling of always having too much work and never getting it done?  I wondered, did I get cancer because I’d lived on coffee for years, eaten too much chocolate, cake, biscuits, drunk too much alcohol during my twenties (and thirties)?  Or was it because I was too analytical, too ‘in my head’, ‘too something’?  Was this my path, my destiny?  Was I meant to learn something?  Be something from this experience?  Did I even believe in paths, fate, non-fate?….and so like any normal human ‘bean’, I dwelt for a little while and still do occasionally.  And, this IS a tunnel with no cheese.  This conversation with myself, doesn’t serve me.  I don’t hang out there for long.

We (me, my medical team, the fatalists and non-fatalists in my life) don’t really know the answer to Why Me?  When I asked the medical team, if anything I had done, used or consumed, caused the Myeloma, they insisted there is no evidence for links between my list and people getting Myeloma.  I rattled off: stressful jobs; caffeine and alcohol; supplements; skin potions and lotions; whacky, at the time, spa treatments; and, multiple surgeries (involving though not exclusively, three knee and a number of IVF related invasions).

It may be something I’ve done or something I haven’t done, something about my biological make up, my vulnerabilities, the years of chronic stress, the coffee or lack of coffee (I went without for a year) or some very specific combination of some, or all of these, in very specific amounts of severity, for a specific duration.  Are you noticing the complexity of ‘cause’ here?  No one really knows and no one may ever know.  There may be some amazing medical breakthrough in two years, 4 months and 6 days, when someone is studying finger surgery and discovers something new about Myeloma, that then leads to a randomised control trial or DNA discovery that may indicate some possible cause of Myeloma.

Let’s face it – right now, what we know is, Myeloma strikes at random and in general, men over 70 years old seem to get struck a little more than most. Until such time, as some crazy discovery is discovered, there isn’t much point me thinking about ‘Why Me’?

I can’t help thinking, if I don’t change something about: how I was living, what I was putting into my body and, how I was thinking, I’ll invite the status quo or a repeat performance.  That is, won’t I be inviting Myeloma to return once it is in remission, if I don’t change the terrain in which it developed, ran amok and was diagnosed?   This is the possible illusion as today’s reality (medical knowledge) indicates Myeloma always ultimately returns and people living with Myeloma eventually stop responding to treatment (drugs and transplants).  However, making changes and choices, help a person to feel in control of their day to day or to feel they have some control over their illness: another illusion? Possibly…but….

What if changing my terrain works?

If I changed my terrain and it didn’t change my prognosis or my response to treatment, I would be disappointed but at least I’d know, I had done the best I could.  No regrets.  Or would I think, sh*t I should have just had chocolate fudge cake whenever I felt like it, three coffees a day (and thrown in margaritas and champagne regularly) because it probably didn’t make a blind bit of difference?!

But what if it did work?  What if I changed my terrain: changed my nutrition; removed my mobile phone from the bedroom; replaced my cleaning products with eco friendly, less toxic ones; used only ‘safe plastic’ or glass to store food; changed my skin care products to chemical free, natural ones; and practiced mindfulness and meditated regularly? What if, after all of these changes my response rate to Chemotherapy was excellent and my remission period was longer than average.  Wouldn’t the choices, changes and exerted control be worth it?!  SO, what choice do I have, really? How will I know what difference change makes, without making change?  If I don’t make all the changes, all at once, don’t I risk missing out on gaining the full benefit, if there is a benefit to be gained?

Causes, Choices, Control and Change – both illusions and realities.

I don’t know the cause of Myeloma.  I don’t know if my past choices had any influence over whether I got Myeloma or not.  I don’t know if my present and future choices will influence how my Myeloma treatment, prognosis and experience will play out.  The only thing I do know, is that I can choose to change and making changes may help me to feel in control.  Taking control and making changes may have a positive impact on my lifetime outcome and my experience of the cancer journey or at the very least it may help me to feel some semblance of lack of regret.

What I also know (though it can be easy to forget this) is that I can always choose to review my choices regularly and change them.  No one is stuck with a choice.  It might feel like it yet we make dozens of choices every minute of the day – which direction in which to move, what to say, to eat or not eat if we have food, where to look.  We can keep choosing even about the big-ticket items in our life.  Just because we take one path doesn’t mean we can’t, pause, reflect, review and make another choice or reaffirm the choice we have made.

For example, each day for the last six weeks, I chose not to have coffee.  Now, I’m going to get one, and savour it. You might say, well if you were a smoker trying to quit smoking, a choice of having one cigarette may be a poor choice.  I might choose to agree.  Alternatively, I might choose another tack and say that the smoker trying to give up who finds his/herself having one cigarette, could choose to not ‘beat their-self up over it’; they could choose to recommit to their goal of giving up and choose in each minute, to not have a cigarette.  Better yet, they could also choose to make a positive healthy, non-cigarette involving choice, about what to do and where to place their attention.  In other words, I would encourage positive choices that serve them and their goals.

Now relate this to Chemo and Changing My Terrain.  Two months ago, I chose to start Chemo.  Tomorrow, I might choose to stop.  I could. I might.  Right now, I have reviewed my choice and I am happy with my choice to do Chemo and be in a clinical trial.  It doesn’t mean I can’t choose differently tomorrow, if I so wish.  Let’s take a breather now; more about choices and attention later.  Hmmmm, smell that coffee. 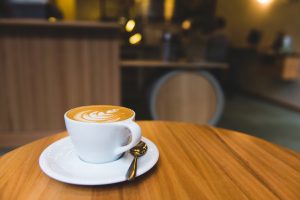 Editorial help (any errors are solely my own): Simon Hayward and Belinda Marment