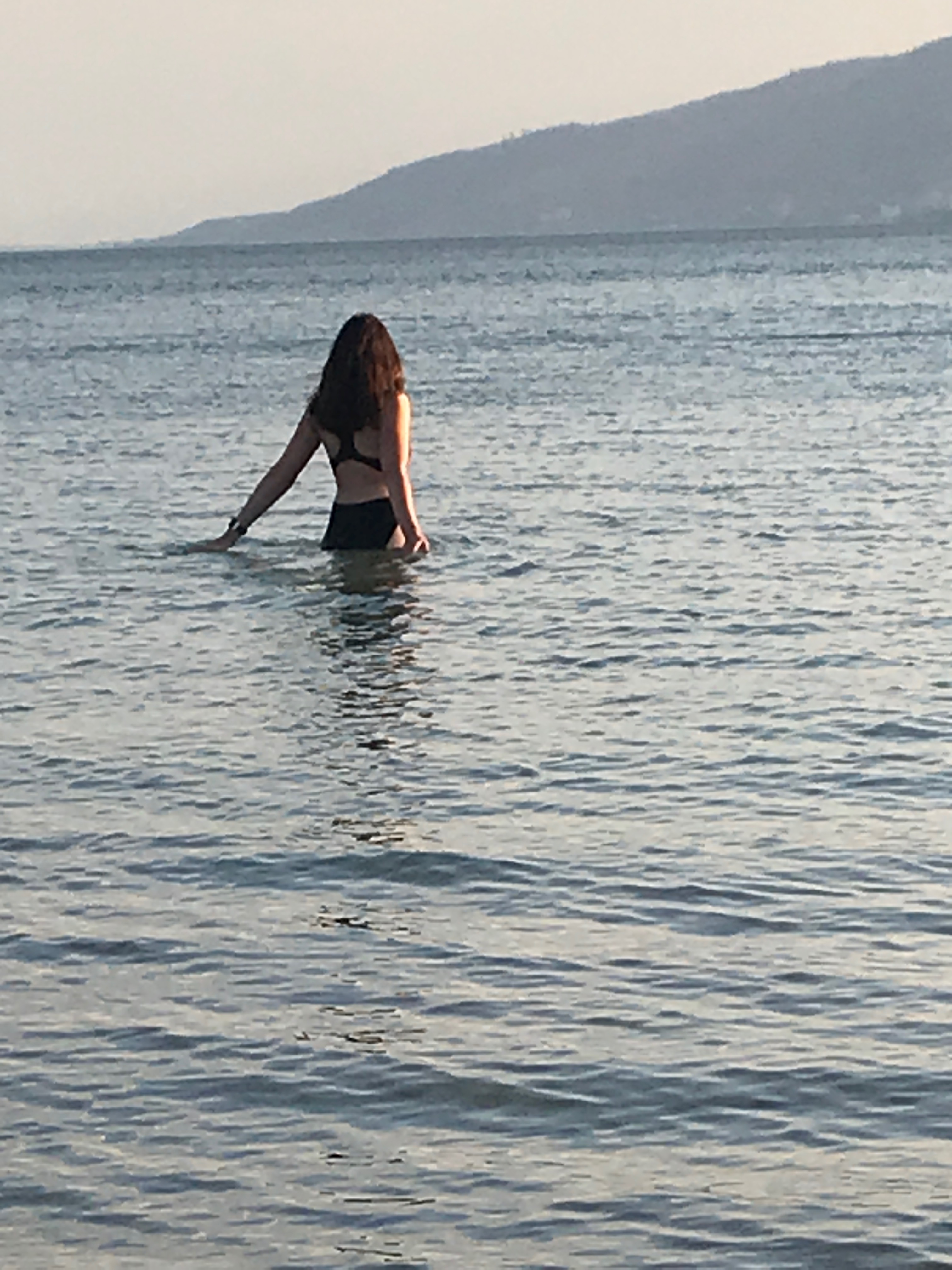 When I left you last, Mum was in recovery from breast cancer and Dad’s melanoma was kicking him in the groin (literally).  They are amazing people, and fortunately for me they coped and are coping incredibly well with the challenges.  Apparently this wasn’t enough to contend with, a trifecta was called for though I thought we had already achieved that.  Not to be upstaged, my cancer leapt out of hibernation.  My dreaded paraprotein levels (42 at their worst, down to 1 after treatment) are now at 17.

It was gutting to see the Myeloma active again after such a short time.  I was again hit by how I wasn’t ‘special’. I wasn’t going to be the person who is miraculously cured by the new cutting edge treatment. I wasn’t going to be one of the statistics up the right (and right) end of the bell curve.  I was firmly in the middle of the pack. My body had responded very well to treatment but I was one of the many people who experience the peripheral neuropathy side effect and have their myeloma become active again within 6 months after first treatment.  I was well and truly on the path to being the ‘typical’ (albeit younger than usual) Myeloma patient with an 8-10 year life expectancy after diagnosis.  I’m almost three years in now…well, you can do the maths.

The big upside of being on care as usual and watch and wait, is that over the last six to nine months I haven’t had to go to hospital every week, its mostly been monthly.  Except that while my schedule was clearer, I had time to pack in everything that had been on hold while cancer took pride of place.  More tests, x-rays, MRIs; I felt like an old hand, navigating the hospital walkways, waiting rooms and procedures with robotic familiarity.  The increasingly unbearable pain in my hands, arms and ankles was not Rheumatoid Arthritis after all but more likely the bloody Myeloma.

A rotator cuff injury in my left shoulder (to go with the benign lesion that was already there, maybe it was lonely?) needs physiotherapy.  It’s about nine months since the referral, no sign of an appointment yet.  I have had a letter asking, do I still want an appointment?.  Yes I bloody well do thanks!  Well in that case, don’t contact us we’ll contact you, was the reply.  Note to Health Secretary (It’s not Jeremy Hunt these days is it, hope not, though sadly I don’t know who it is and if they are any better, could they be worse? That thought is scary!!).  Anyway back to the note – Dear Health Secretary, please get the physio department more resources, they are swamped! Hmmm.. not much time off hospital after all.

My next round of treatment was due to start when my paraproteins were up to about 30 (or if they started increasing rapidly).  Mine had been rising steadily in 1-2 points a month.  A January 2020 start back at hospital seemed a reasonable prediction and hubby and I had talked of getting away for a, never before done together three month trip, prior to the treatment shackles going back on.  When Dr B said we need to start treatment ASAP, I’m worried about your back.  I said no you don’t, we’re out of here.  I’ve been dying to go to the middle east so as I’m dying, I’m going!

I was going to test the concept of ‘patient choice’, there is such a thing isn’t there?  Nothing was going to stop me getting away with hubby.  We both needed a break and this rare chance where we had time off work/hospital at the same time was not going to be missed. I asked what I could do to prepare for the next round of chemo.  Dr B said the best thing was to stay positive.

Ha, all the more reason for me to travel before starting treatment then.  Being my ‘adventurer self’, experiencing new places, cultures, food, wine with the love of my life, IS what nourishes my soul and makes me feel positive!  We negotiated with Dr B for chemotherapy to start in six weeks; not the three months I’d hoped for but brilliant all the same.  A strange mix of worry (about treatment) and euphoria surged through my body. I noticed a feeling and realised it was excitement!  I hadn’t felt that in ages.  Walking home from clinic, visions of Israel, Lebanon and Jordan flooded my mind.  I went straight in and booked flights.

I’m back now from an amazing trip.  I feel ready.  Really ready for the next phase of this Myeloma madness.  I even feel hopeful (albeit on top of my usual layer of pragmatism) that I could still be a wee bit special.  I could still get that fantastic recovery that may not be likely but is POSSIBLE.

Month one of the new treatment regime.  Hit me with it Doc.  I can take it.  I’ve just knocked three more countries off my bucket list (big grin).

Images: Various places in Israel  – Hubby or Me

Boo to the melanoma coming back so quick, yay to the adventurous self getting it’s moment of excitement!

Boo indeed, Melanoma, Myeloma – sounds so similar and in our case both returners! Melanoma for Dad, Myeloma for me. We do like variation in my family! Lots of love Steff and thanks for posting a comment and reminding me of ADVENTURE

Really enjoy reading your writing, Janine. Glad you had a great time and have new strength to start treatment again. xx

Thanks Anna! Lovely to hear from you and I do appreciate the encouragement re my writing! Have a great Christmas / holiday break.

Amazing photos Janine. So glad you were able to fit the trip in. Carpe Diem!! Sorry to hear about both your mum and dad…honestly life is so randomly unfair at times. Sending you positive energy for this next treatment and always praying you will be that special one 🙏 xx

Thank you Claire. Sending you huge sparkling Merry Christmas and New year wishes to you and G! Much love from both of us, Jx

You are special Janine. Just hope the cancer realises it. Pleased you had such a fantastic trip. It looked amazing. X

Thank you Julia. How are you? I love the way you have personified the cancer! Merry Christmas and lots of love from both of us.

Keep positive Janine you are a very brave and strong person and it would be truly wonderful if you were that special person who knocked it on the head. Have a lovely Christmas and a very positive new year.

Thank you Patsy. Its lovely to hear from you. I do hope you have a fabulous Christmas and New Year. Don’t let those Hayward’s lead you too astray!

That was one heck of a holiday Janine and good on you for standing your ground and going. Can’t beat the euphoria of adventures with new sights, smells and sounds. Wishing you renewed strength for this next round of treatments but don’t hold back on the festive celebrations either. Love to you both, Sue xx

Merry Christmas Sue. I hope you and the ‘boys’ have something wonderful planned. I’m welcoming the renewed strength and the celebrations!

Hi Janine, I truly pray that the New Year will be kind to you.
Well done you for taking that wonderful trip. ❤️

Thank you Carol. I have some lovely things to look forward to so I’m sure it will be. At the very least there I’m determined there will be a balance! Wishing you a great start to the new year too! Jx

wpDiscuz
15
0
Would love your thoughts, please comment.x
()
x
| Reply
Manage Cookie Consent
To provide the best experiences, we use technologies like cookies to store and/or access device information. Consenting to these technologies will allow us to process data such as browsing behavior or unique IDs on this site. Not consenting or withdrawing consent, may adversely affect certain features and functions.
Manage options Manage services Manage vendors Read more about these purposes
View preferences
{title} {title} {title}